​The Alliance monitors regulatory proceedings at both of Louisiana’s utility regulatory bodies: the ​New Orleans City Council and the Louisiana Public Service Commission.​ The Alliance is holding electric and gas utilities, and their regulators accountable. We ensure that unfair costs are not passed along to ratepayers on their energy bills.

In April 2012, we won a case against Entergy that will save ratepayers from having to foot a $72 million bill for a failed nuclear power study. Check out some of our other successes below!

Consumer Protection:
How We Do It

Need some help understanding utility rate design? Referenced in our blog post is Bob Shively's helpful EnergyDynamics article, The Revenue Requirement Is the Key to How Utilities Make Money.

On June 13, 2022, Orleans Parish Civil District Court Judge Rachael Johnson issued a ruling in favor of Entergy, releasing them from the $1m fine. Entergy has not resolved its reliability issues in the intervening period. In fact, Entergy’s reliability declined significantly in 2021 compared to previous years.

While we have not yet been able to review a written judgment, Judge Johnson’s Monday ruling is a major impediment to the Council’s ability to regulate Entergy effectively and enforce meaningful penalties for the utility’s repeated failures, such as during Winter Storm Uri in 2021.

​Find out more about the courts latest decision and its implications in our blog post: Entergy New Orleans Reliability Judgement.

Consumer Education:
How We Do It 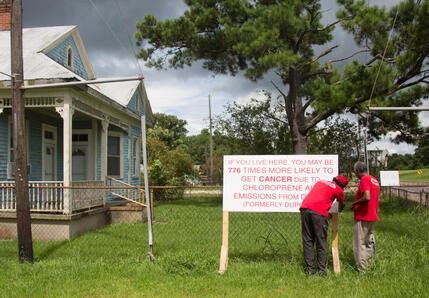 In partnership with the Climate Reality Project and through their Climate Justice for All grants program, The Alliance has launched a project focused on education and urgent action around the toxic air emissions in Death Alley (formerly known as “Cancer Alley”).

The project is focused on the participation of the residents of the St. James Baptist Parish and the St. Johns Baptist Parish, where 29 petrochemical plants continue to pollute and endanger frontline communities in the 5th District whose population is 90 percent Black.
​
This project empowers local residents by supplying them with air monitors and teaching them how to use them, as well as to compile air quality data that their local authorities have repeatedly refused to make public. That said, locals in St. John and St. James will thus have more control to drive the conversation about making sure they have safe air to breathe.
The project has already installed air monitors in key locations through the parishes, created a community watch group to monitor air readings, created and facilitated a coalition of local groups, and held community webinars to educate locals on the work and others can get involved. With so much success already, we are so excited to see what happens next.
Photograph: Julie Dermansky

We are proud of our community outreach and youth education programs. We have a curriculum for elementary school age children and a bike generator that literally forces you to work harder to light a traditional incandescent bulb.

In 2012, the Alliance started an education program focused on teaching young students about energy sources and conservation. The goal of our program is to introduce young students to the concepts of clean vs. dirty and renewable vs. non-renewable energy sources, and to instill a sense of why energy conservation is important for all of our futures.
​In its first three months, our program reached 12 classrooms and 360 students, ranging from kindergarten to 3rd grade. A group of Tulane student volunteers help to design and run the workshops. We have also brought our educational materials to public libraries, after-school programs, and festivals.
A goal of our program is to bring in fun, interactive, hands-on activities to classrooms to get young students excited about science. For our workshop, our interns helped us build a stationary bicycle that can generate electricity by spinning a motor. Using the energy bike, students experience the effort that goes into powering different types of light bulbs and appliances. The bike generator works the same way as a wind turbine—using mechanical energy to spin a magnet and create electricity. The energy bike allows students to delve in to this concept and understand experientially how energy production works. The DIY-bike generator was such a huge success that the Alliance recently purchased a professional version from a supplier to use in our workshops and outreach!​
Our Education Program is run by Energy Wise: a non-profit serving all Louisianans, with a focus on underserved communities, providing residential energy retrofits for tenants, low income families, homes with poor solar potential, and people with moderate-to-low credit scores.  Through DIY workshops, presentations to community groups, and building retrofits at schools, churches and nonprofits, Energy Wise is transforming the energy profile of Louisiana. 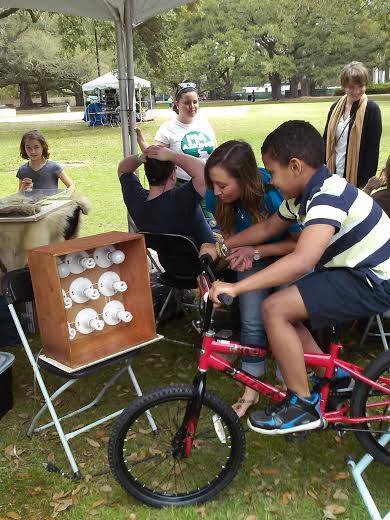 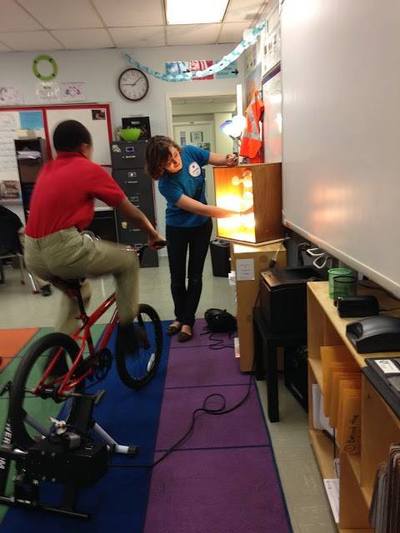 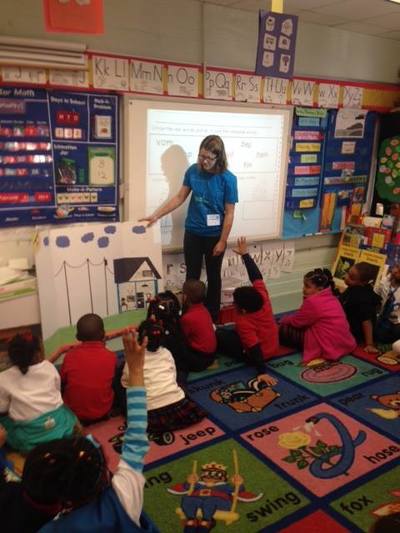 ​Every state has a Public Service Commission (PSC) which has regulatory authority over utilities. Louisiana is one of 3 states (along with Georgia, and Idaho) in the US that does not have a consumer advocate designated and funded by the government.

Why are consumer advocates so important?

The Alliance works to advance ratepayers interests and protect their rights at the Louisiana Public Service Commission (LPSC) and City Council of New Orleans (CNO). From the start, we have advanced a philosophy that there is no conflict between lower energy costs and lower pollution, between good jobs and regulation, or between serving the public interest and making a reasonable profit. The Alliance for Affordable Energy is committed to promoting a new vision for energy policy in Louisiana, from an “energy state” to a “clean energy” leader in the South.

​To learn more about the work AAE does at the regulatory level check out these other pages on our website:​