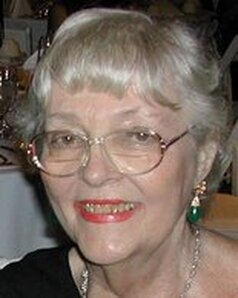 Betty Wisdom helped give birth to the Alliance for Affordable Energy. From 1983-1985 she chaired a League of Women Voters study group on whether the city should buy (municipalize) the utility company serving New Orleans, New Orleans Public Service Inc. (NOPSI), now called Entergy New Orleans. The League, along with a Blue-Ribbon City Council study committee came to the same consensus: that the city should buy the utility – as allowed by the 1922 franchise between the city and the utility company. It was hoped that having a utility company that was municipally owned (like Austin, Texas and Lafayette) would pave the way for more progressive, affordable and environmentally responsible energy policies. Advocates of buying out the utility also hoped to avoid New Orleanians being billed for 29% of the huge capital costs of the proposed multi-billion dollar construction of the Grand Gulf Nuclear Power Station in Mississippi. The utility rate hikes that would follow such a huge commitment would have been devastating to our residential customers, over 30% of whom were below poverty level. Betty, as chair of that nearly two-year long League study, became incensed at the unfairness of that proposal as well as the underhanded methods the utility company used to try to get approval of their plans.

Following that League of Women Voters consensus in early 1985, Betty and five other advocates for fair and affordable energy policy decided to start a non-profit that would monitor the issues and government processes around utility regulation and energy policy for New Orleans. Both the first meetings of these six founders and the first organizing meeting for the new organization, attended more than 50 people, were held in the double parlor of her small shot-gun home. The organizing meeting was so cramped that many sat on the floor or stood in doorways. It was in these meetings that the Alliance for Affordable Energy was born.
​
Betty was an important support for the Alliance. She served as chair of our first Advisory Committee and, as a guide and mentor, taught us how to navigate government offices and gave us entre to approach public officials who were making huge decisions affecting the whole city, which allowed us to educate them on energy policy issues. Her mantra: “Be firm but respectful and appreciative – even of differences, be patient – there is always a pendulum swing in what the public will demand or accept, listen well to elected officials as well as the public’s thoughts and concerns, learn Robert’s Rules of Order, and always be very sure of your facts.” She volunteered for us in the early years, even answering the phones on a certain day per month, as well as attending our events. She stayed on the board for 22 years, even after Katrina, when she was so saddened by the damage, loss and chaos surrounding her in her beloved city.

How can we ever thank Betty? We can keep up our decades long (since 1985) effort to monitor corporate and government decisions around energy policy and empower the public to do so as well. That will allow her legacy to live on.

As well as an animal, plant and arts-for-all lover, Betty was an ardent civil rights activist. In 1960, she served as a board member of Save Our Schools (SOS), which was essentially formed out of members of the League of Women Voters of New Orleans. Betty and 24 other women, including Kit Senter, another Alliance Advisory Committee member, personally helped escort daily, to and from school, the white children from 12 families who were willing to keep their children in Frantz Elementary School in the 9th Ward, after Ruby Bridges, a first grade student (of the Norman Rockwell painting) was brought in as the first black student. These women received with phone threats and harassment, faced screaming crowds of white women both at their homes and the school and had their cars rocked by angry crowds. During many of these experiences New Orleans police stayed 100 yards away, leaning against their cars watching and laughing.

But the ‘SOS girls’ persisted. Betty, who had some independent income and a job with the school board, would send a long telegram daily to the New York Times, the Washington Post and a connection or two at the White House, describing the day’s events (telegrams were expensive, no fax machines then, much less computers) begging for President Kennedy to send the national guard. After nearly a month, he did. Betty lost her job at the school board which she later claimed as one of her proudest moments. But as a result of this one, successfully integrated, public school (the other school that attempted to integrate had lost every single white family immediately), New Orleans was forced to integrate all of its schools. In 1994 Oprah Winfrey recognized the Little Rock Seven, Ruby Bridges and the ‘SOS girls’ for their work toward integrating the nation’s public schools. Betty was very honored to have been included with those who she considered “the truly brave”.

Betty was President of the League of Women Voters twice, and served on every committee the League had to offer. She was named by President Lyndon Johnson to the Human Rights Commission, and served on four City Charter Commissions. Every mayor, starting with Moon Landrieu in the 1970’s, tried to amend the charter in order to align it with the 1952 version of the Louisiana Constitution. The Charter was finally amended in 1996 under Marc Morial. She was very patient! Betty served on the board of the ACLU, Agenda for Children, Amistad, and other civic minded organizations, like the Independent Women’s Organization (IWO), and she bequeathed her large personal library (many thousands of books) to Dillard University.

For over 50 years, Betty Wisdom served on the boards and advisory committees of a broad spectrum of arts and cultural organizations such as the New Orleans Ballet, the Louisiana Philharmonic Orchestra, the New Orleans Opera, the Arts Council of New Orleans, etc., even sponsoring the training of several opera singers. Rather shy, Betty stayed very close to her various nieces and nephews and extended family and to a close circle of loving friends. But building miniature, exquisitely appointed and authentic doll houses which she then donated to charities for auctioning and donating children’s books, especially ones written by African American authors, (a very new genre starting in the late 1980’s) to local public schools and speaking to school children about her work in civil rights and building the zoo, were always her most joyful public experiences. In 1994, Betty received the Times Picayune Loving Cup for her lifetime of selfless volunteer work on behalf of her fellow New Orleanians. Betty was and always will be an inspiration.