​The Alliance is still working with the coalition of advocates from environmental and climate justice groups as well as the clean energy sector to ensure Louisiana develops and follows a Green New Deal. Reductions of Carbon Dioxide that affect health and the environment are possible and may even reduce electricity bills. Louisiana is ripe to lead on a clean energy economy.

​-June 12, 2019
The Alliance teamed up with a coalition of organizations in April of 2016 to coordinate action for a Clean Power Plan that is right for Louisiana. EPA’s rules on carbon emitted from power plants will make an impact on the way the US generates and uses electricity. Louisiana is well situated to benefit from the plan, by bringing more renewables and energy efficiency online. Check back here for more information! 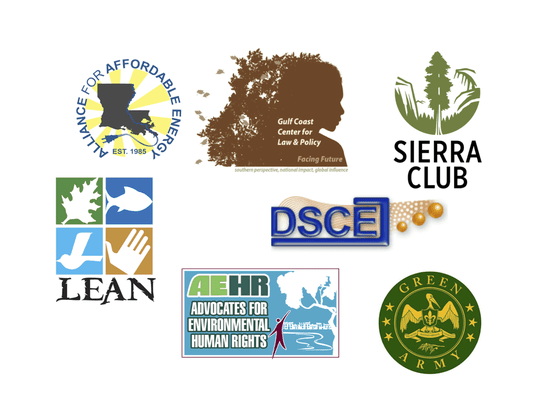 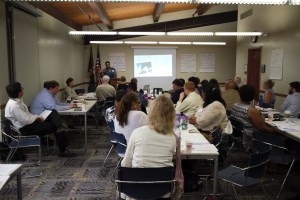 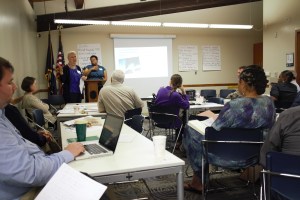 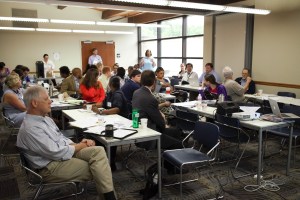 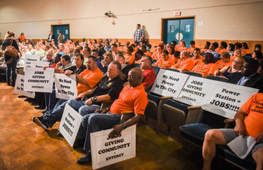 The results from the Independent Investigation into Entergy’s Paid Actor Scandal finally hit the presses!

"A plan to use paid actors to fill a public meeting concerning a controversial power plant was orchestrated by a large number of Entergy New Orleans executives, including former CEO Charles Rice, according to the results of City Council investigation." 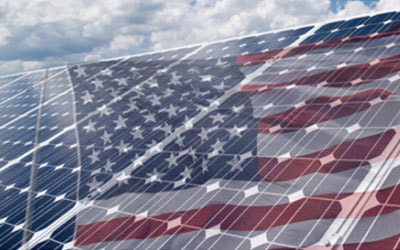 Our Cleco, Our Community

The Alliance for Affordable Energy worked to protect Cleco Customers during the takeover of the century old Louisiana company by a consortium of international investor groups. While Cleco was eventually purchased by the group of investors, the Commission opened two new dockets to investigate utility tax structure advantages and double leveraging in Louisiana.
Resolved: 2016
​
REPORTS:​
Our Cleco, Our Community: Louisiana’s Utility in Peril

Cleco Takeover: The High Cost of a Bad Deal

Follow us at the Our Cleco, Our Community Facebook page to stay in touch, and check back here for updates.
Update:
April 14,2016
Cleco Power and Macquarie have closed on the leveraged buyout (LBO) transaction despite the April 28th rehearing. The Alliance for Affordable Energy has issued a press release in regards to this irresponsible action. Click on the link below to access the full press release.

Last month, on March 28th during a Special Session and subsequent rehearing the Louisiana Public Service Commission voted 4-1 to approve the sale of Cleco Power to Macquarie Infrastructure and Real Assets. We are disappointed with the Public Service Commission’s decision. The Alliance for Affordable Energy has issued a press release calling for the Commission to solicit new ratings from credit agencies. This is a matter of due diligence. Please find the full press release below.

Now, Macquarie and the other investors are back with a “new deal,” offering a re-structured package, hoping to appeal to the commissioners and customers.

The problem is, this is the same bad deal, with different window dressing. The risks are still there, Macquarie still plans to leave in 8-10 years, and, the prospective buyers won’t do the deal without the risky leveraged buyout scheme.

We want to be sure the Commission continues to uphold their decision at this month’s meeting, now scheduled for next Tuesday, March 22.

If you want to protect your community, call your Commissioner and ask him to uphold the decision to reject this deal.
Contact your Commissioners
Background:
Cleco Power, the oldest of Louisiana’s major electric utility companies, is the target of a private equity takeover bid by a group of foreign own investment funds. The offer is a bad deal for Louisiana, as it leverages an enormous amount of debt for the takeover, allows executives and shareholders to walk away with millions, and leaves customers to pay down the debt.

We are intervening at the Louisiana Public Service Commission, the regulator who will decide if the sale is allowed to go through. We are submitting testimony and have developed reports on the deal in order to educate consumers.​
​
UPDATES:

​On Feburary 24th, the Louisiana Public Service Commission, by a unanimous decision denied the sale of Cleco Corporation to a private investment consortium, led by Macquarie. After a 6 1/2 hour meeting, featuring questions from the commissioners to the applicants, intervenors, commission staff, consultants, and comments from the community, the decision was made following  an unopposed motion made by Commissioner Clyde Holloway to reject the sale.
Thank you to everyone who contacted their commissioners, wrote letters, and joined us in protecting the Cleco Community.
​
On February 16, 2016, Commissioner Clyde Holloway has issued a letter to his constituents regarding his misgivings about the sale, including a tax avoidance scheme, and double leveraging the company. Commissioner Holloway’s letter lays open the largest problems with the deal, and shows that elected officials are listening to the citizens who elected them. Take a look at the Commissioner Holloway Letter.

See her full recommendation HERE.
​
We are in the final days of decision-making on this deal, and everyone (the judge, the commission’s staff, and all interested parties) have said it isn’t in the public interest.
​
In November, Macquarie and Cleco asked that Judge to keep parts of the proceeding a secret. These pieces of “confidential” information bears DIRECTLY on the financial health of the company and public interest. We are very happy to report that the judge stated that Macquarie and Cleco “should not be allowed to hide [the matters at issue] from disclosure.”

Cleco and Macquarie appealed the Judge’s ruling and fought to keep important details of the sale from the public. Read our press release about it HERE.

The Friday before the Monday February 1st LPSC meeting, when Commissioners were expected to adopt the judge’s ruling the Takeover Team at Macquarie and Cleco withdrew their motion to keep “certain” parts of the proceedings confidential.
​
Here is some info we can  now share with you, and you can read our press release about it HERE.

– If the transaction goes through, the company will change from a debt/equity structure of 43%/57% to 67%/33%equity

–  Macquarie will be profiteering off “fake cash”. Fake cash is debt disguised as real money and re-labeled “equity”.

– Debt becomes equity when the money is transferred across multiple shell companies. After the sell, Cleco will be 4 different companies: Cleco Power, Cleco Corporation, Cleco Partners and Cleco Group.

-Customers already pay the highest rates AND bills in the state. IF the sale goes through, it is certain Cleco will have to raise rates to satisfy the debt incurred from the sale, AND to grow their wholesale business, as they say they will do.

-Internal projections show the new owners intend to nearly double their revenues in the next 10 years. The only way they can do this is by collecting more money from their customers.

-The pittance Cleco is giving as a “rate credit” amounts to nearly nothing in comparison to the amount of money the CEO will walk away with if the sale goes through (nearly $30 Million), and does not remotely make up for the money they are taking out of Louisiana every year, or the family bill impacts that are sure to come.

However, there is still more to the story. The Judge’s ruling only released a small amount of information about the capital structure and financial health of the company. We are still working hard to make sure you get ALL the information.
The Commissioners have staff and consultants who get into the nitty gritty of rates and policies and make policy recommendations. Staff has made it clear in their most recent filings that the “commitments” offered by the Takeover Team aren’t enough to protect customers from the risks this buyout would heap onto the company.
Read the comments and tell your commissioner to REJECT the deal!Public Service Commission Staff Comments: READ THE STAFF’S COMMENTS HERE
​
CONTACT YOUR COMMISSIONER:
​
Follow THIS LINK to find your commissioner’s contact info and call them to tell them to protect Louisiana and REJECT this deal

Sign
We have started a petition at change.org to help coordinate residents who are concerned about the takeover. If you want to let your commissioner know you are worried, please go HERE to sign your name. Share the petition with your family and friends!
​
​PRINTABLE FLYER:

​ Print this two page flyer to share important information with your friends or family.
​
THE ISSUES COMPARED SIDE BY SIDE:​
​
Take a look at this SideXSide comparison of Cleco and Macquarie’s talking points and the truth.
COMMUNITY MEETINGS:​
​
The Alliance is holding meetings to give residents an opportunity to ask questions and get involved in the campaign to stop this risky deal.Contact us if you’d like to host an informational session. We will supply you and your community with the facts on this unfair deal.