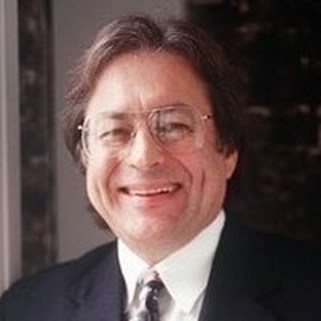 ​Mr. Groesch was co-founder and executive director of the Alliance for Affordable Energy, a nonprofit organization started in 1985.

Among the organization’s achievements were a $144 million refund to New Orleans ratepayers, the scaling back of a proposed gas-rate increase from 18 percent to 2 percent, and creation of a fund to help people make their homes more energy-efficient and pay their utility bills.

Friends said Mr. Groesch was fascinated by the fine points of utility law, a topic others find mind-numbing.
“He just slurped it up with a big spoon,” said Micah Walker, the Alliance’s former program director.

His love of facts dated to his childhood in Springfield, Ill., said Betty Wisdom, a charter member of the alliance’s board and a close friend. “He would go down to the public library on Saturday and look things up, and it continued ever since,” Wisdom said. “He had a devouring curiosity about the world.”

Mr. Groesch earned a bachelor’s degree in geology from the University of Illinois and was a carpenter before shifting to energy issues.

Mr. Groesch was an early opponent of the Waterford 3 nuclear power plant and led a successful referendum to return utility regulation to the New Orleans City Council.

In 1997, the Legislature appointed Mr. Groesch to a commission to study the effects of global climate change on Louisiana. A year later, he was named a director of a three-year project for the Ford Foundation that showed the compatibility of economic development and social justice.

Mr. Groesch received many honors for his work. Gov. Foster praised him in 1996 for helping create the state’s Energy Efficient Commercial Building Code, and the Greater New Orleans African Methodist Episcopal Ministerial Alliance gave him the Martin Luther King Award this year for his work on behalf of low-income ratepayers.

The Louisiana Environmental Action Network gave him an award for his work Saturday, but he was too ill to attend the ceremony.

In taking on the corporate and political establishment, “Gary was probably the most passionate person I’ve ever known,” Wisdom said. “When things went wrong, he minded it terribly, and he wanted to do what he could to put it right. Maybe he couldn’t, but he’d damn well try.” Former Mayor Marc Morial agreed. “He was tireless, vigorous and fearless,” Morial said. “His passion and fire on behalf of the electricity consumer in New Orleans made him a very important figure in the history of the city.”

Survivors include his companion, Karen Wimpelberg; his parents, Lubert and Lorene Groesch of Springfield; a brother, Glenn Groesch of Virgnia Beach, Va.; and a sister, Carole Jones of Moscow, Idaho.

A Tribute to Gary Groesch